I made a thing… 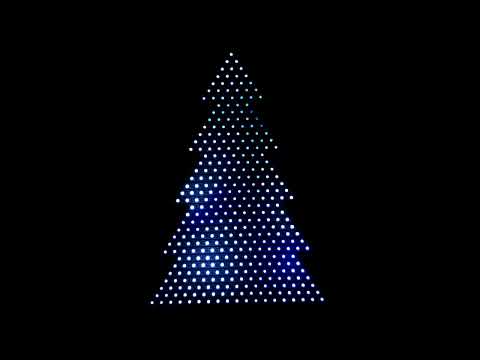 350 LEDs arranged as a 2D tree, mounted in a cheap picture frame. It will draw up to 50W at full brightness, but if you value your eyeballs, then a maximum level of around 15% in the settings looks just great.

Patterns are a mixture of what I have found here on the forum and on the Electromage sample pattern resources as well as one or two of my own.

Thanks!
The complete display is mounted in a picture frame of around 400 x 500mm (approximately 16 x 20 inches). So it can be easily displayed on a wall, on a shelf, or wherever suits. Since the number of LEDs in the strings varies a lot, I use a 2D map to ensure that the LED strings appear linearly in the X-Y space. This means that displays such as the scrolling strips or the text output appear without distortion. Construction was relatively trivial - just a couple of evenings to mount the LED strips and wire them up. Obviously the wires are hidden behind the black signage board. I used white LED strips since I had them to hand - black would have been better. I also need to try adding some kind of diffuser to see how it looks.