I have been testing a Pixelblaze v2 and a SP108E for background lighting of my wall art. The SP108E has a Settings feature that allows you to divide the total number of LEDs into equal segments. Each segment then runs the same pattern in sync – no expansion card or additional controllers needed.

So you could do this with a 3d dimension.

You have X and Y, call Z segment

Now when you render using render3d, you can choose to only render a given pattern on the right “segment”…
Just by using a simple check/case based onZ,
Makes sense?

Given that Z will be “normalized”
To a 0…1 value (so even if you used integers, it’ll get changed to a decimal), so number each using a value that you know will be “normalized” that you’ll have to unnormalize later. (So the Z of .1111111 might be segment 1, etc…)

If you wanted each subpanel (aka segment) to render the same panel, just calculate using X and Y and ignore the Z, and they’d all do the same display, assuming time/etc are all equal.

BTW, thank you for asking this, I hadn’t thought of this use for “the third dimension” but it absolutely works well. Another strength of PB’s flexible mapping.

If this isn’t clear, happy to write a demo for it.
A common use case might be a led covered cube: 6 sides. You could choose to have a pattern that displays on all sides the same pattern, displays mirrored versions (or rotate) each face, but otherwise draw the same on each, or treats the 6 as a single matrix.

This can be done by making a copy of each pattern, and having one copy use the entire coordinate space, and another copy repeating itself 3x in each dimension. 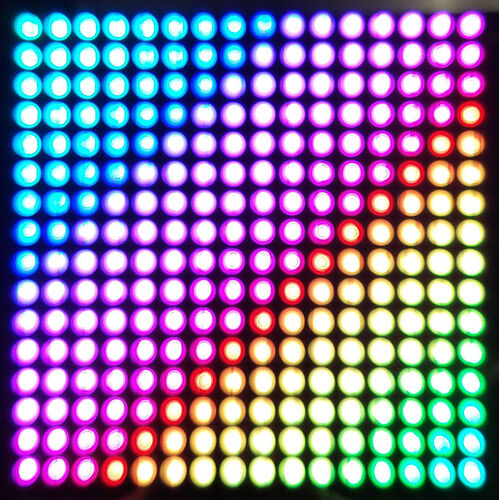 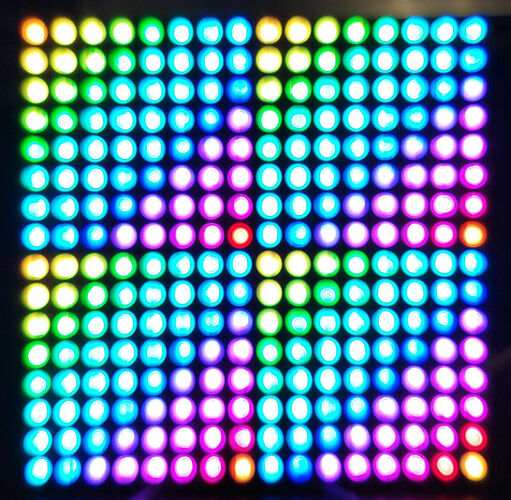 The advantage to using Z as segment is that you could do other things in any segment you wished… But nice answer as well.

Works for any square multiple, and easy enough to modify for independent multiples for x and y.

I think we have different interpretations, perhaps @sgroen can clarify.

My understanding is its the same pattern either spread across the entire display, or repeated to each of the 9 sub panels.

For different patterns in each, using the Z index in a pixel map as @Scruffynerf describes is a good approach.