I’m actually thinking of embarking on a PoV project too soon, so I think it’s a probably a capable platform for this. You can drive apa102 strips at 20MHz. The specs also say:

This checks out: My strip with 240 pixels runs most patterns with medium complexity at around 50-200FPS; simpler patterns run at ~400FPS.

There’s a lot you won’t have to write compared to starting from scratch, but I’m not aware of any example code for PoV yet. I’m planning to use the mapper with some type of rotary sensor and the sensor expansion board to provide global orientation for PoV timing.

might be possible to add a slider for rpm, so you can deploy it on your fan and then adjust the speed manually of both the fan and pixelblaze until they sync up

Have any of you successfully managed to get PoV working with a PB? I have a friend who is looking into building some poi and I’m wondering if I should point them this way, or if anyone’s found another platform that’s more built for that purpose.

So doing poi doesn’t require POV… It’s entirely optional. And in fact, good POV should use a movement sensor so the timing works best.

I have a pile of POI parts including PBs, and non-PBs to play with, but haven’t gotten a round tuit yet.

I’ve done some POV stuff with PixelBlaze. One poi stick and one very dangerous ceiling fan. 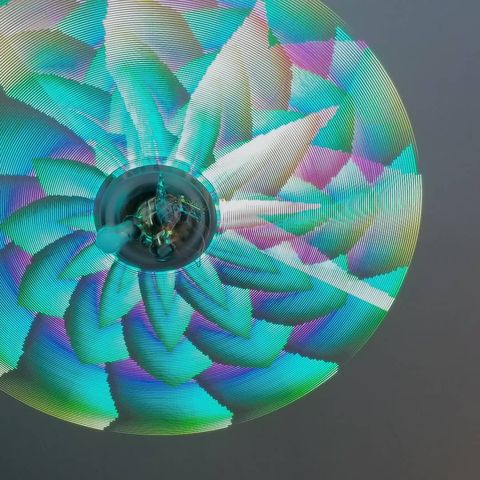 The ceiling fan project got a major overhaul with some new HD leds and the new...

I thought I posted pics of the poi but I guess not. May post soon and update. Meantime if you have any specific questions let me know.

Here is a POI POV proof of concept I did using V3 with minimal modifications to patterns last November when I was collaborating with @Sunandmooncouture.

In the current implementation, time() looses resolution when you get to millisecond level intervals. Sometimes I get better resolution with this:
t1 = (time(.02) * 10) % 1
instead of
t1 = time(.002)
I also found that using delta for timing instead of time() was better when you need very fast timers and are working with insane FPS like 1000 where 1ms resolution isn’t enough.

This is POV, but without speed control, just sped up enough that fun patterns emerge. 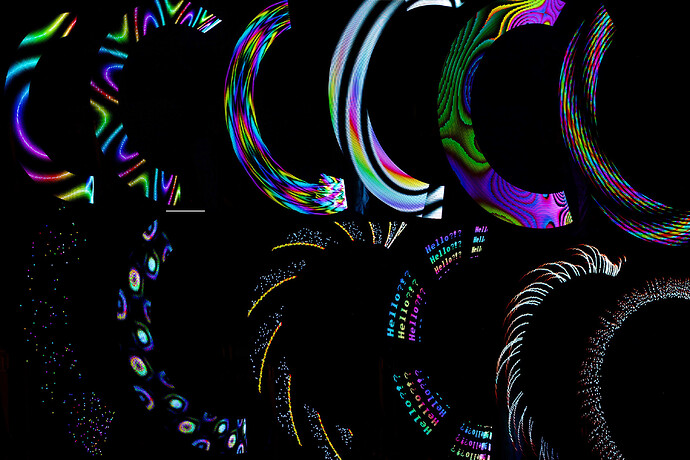 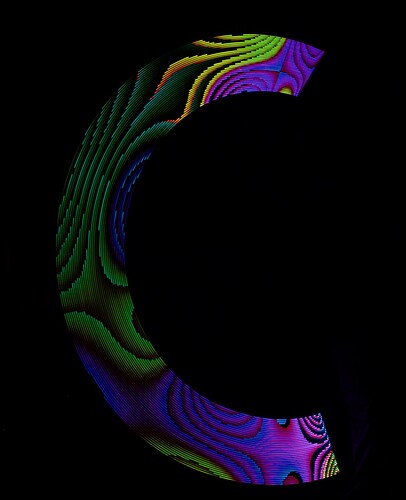 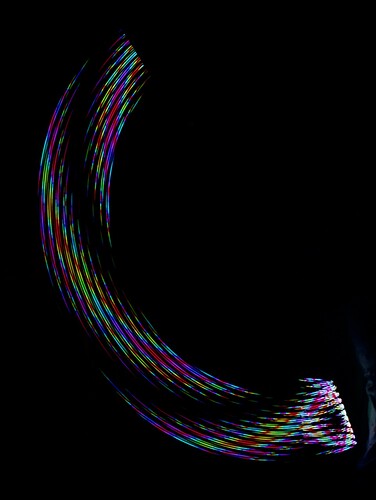 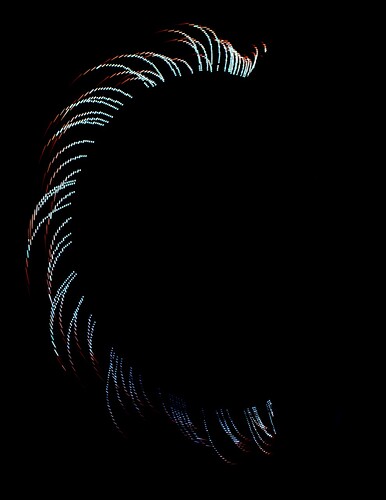 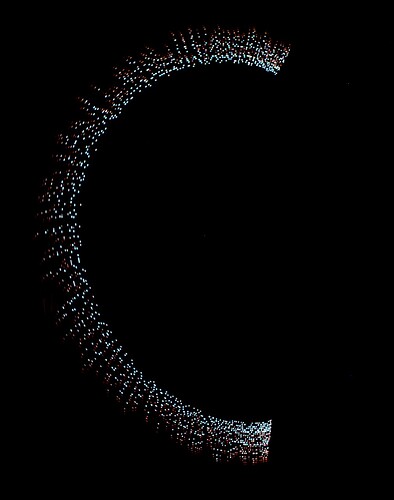 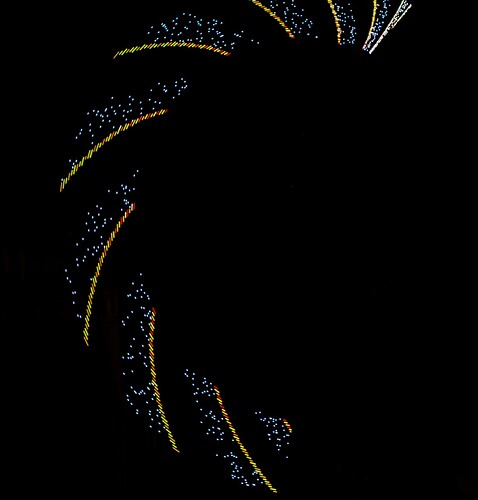 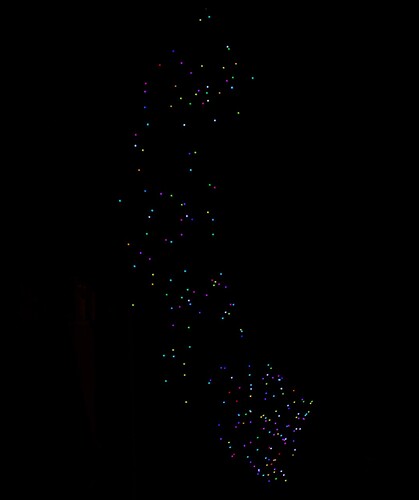 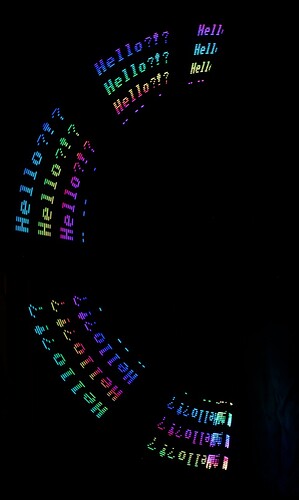 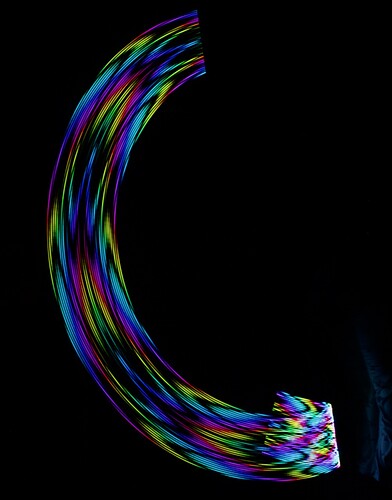 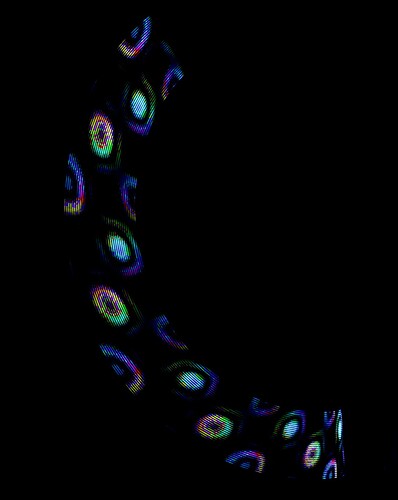 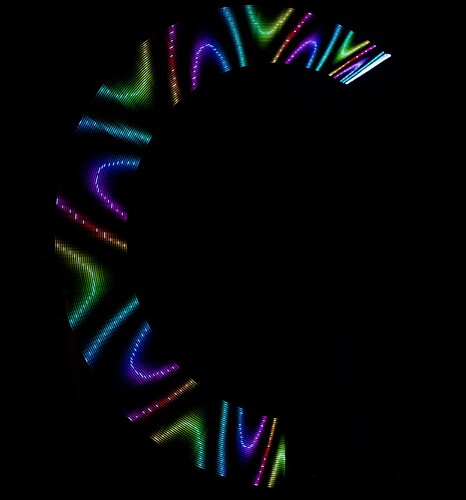 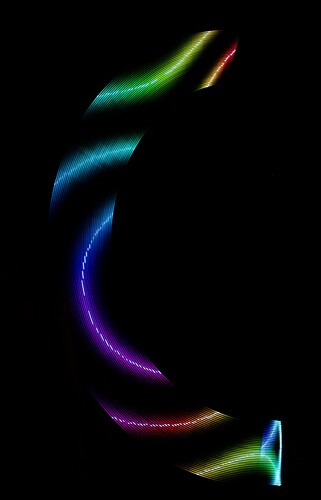 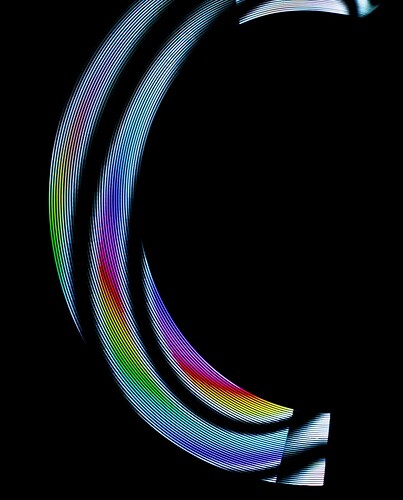 BTW, these are shots of SK9822 using Pixelblaze’s HDR support, which in my opinion are perfectly fine for POV applications. If you use genuine APA102, use the hsv24 function to disable HDR, or you will get choppy dashes instead of smooth lines.

Can someone show me how to use this to blink all the LEDs on and off as fast as possible for a POV dops effect?

Watch @jeff 's video on this 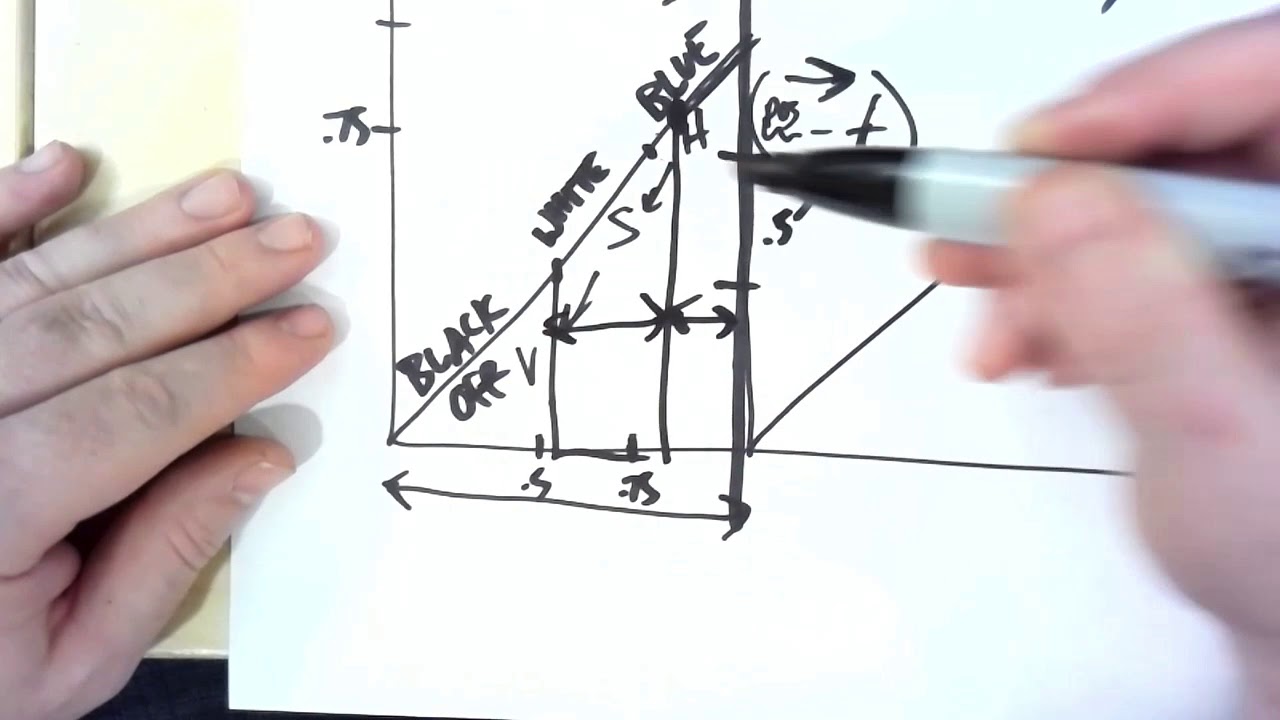 I watched that video and it was very informative but there seems to be a limit to the speed at which I can flash the pixels.

If you move the speed slider in my example too high, it becomes a solid line instead of POV speed blinking. Why can’t I get them to blink any faster? I’m certain Dotstars can go way faster! I use them all the time in POV Arduino projects at much higher speeds. How do I get actual POV speeds like in the examples from Wizard above?

I mention that there are millisecond level limits for using time(). However, the delta passed to beforeRender(delta) has much more resolution, down to 1/65536th of a millisecond, or about 15.2 nanoseconds (accuracy at that level is of course limited by the CPU clock frequency).

If you only want to blink them alternating each frame, that can be done by toggling a boolean and using it for the value (booleans convert to 1 or 0). This will match the frame rate exactly, giving a blink speed 1/2 of the FPS.

Here is a seizure inducing rainbow blink that cycles the rainbow every 100ms:

Thanks for the clarification! I was just experimenting with toggling a bool in the berfore render function. If I understand correctly, this should represent the maximum speed at which the lights could blink on and off, right?

My goal is to recreate your patterns in the images earlier in this thread! I’ll have to keep playing with it now that I’m starting to understand it better! Apreciate the help!

On one hand, we have people saying “I want to drive 13000 pixels, can I get a reasonable FPS?”
And the likely answer is not with one single PB, it’s just not fast enough a CPU/etc, even with output expanders to offload the pixel communication. On the other hand, we have people asking “I want to do POV and need it to blink/change as fast as possible”… And it can, but you’re pushing the other end of the window of what PBs do normally…

I just saw a nifty - LED - staff on Reddit… 4 batteries and an ESP32 driving 720 LEDs in 8 strips, and all I could think was “that would be so easy to do with a PB” not because the hardware/building is difficult bit because once built, you could way way way more easily make it do fun things using PB patterns. That’s the true strength of PB:

It makes so much stuff way easier in the vast middle of playing with LEDs and on the far edges, it can often hold it’s own still.

Totally! I wouldn’t try to do POV on more than 200 LEDs, currently I have a build using 52 LEDs and a single Lipo so I’m really just trying to get a high resolution trail with the fastest timing so you can get as much detial in the trail as posible.

Thats very close to what I used to get the above images. I was getting hundreds, sometimes over 1000 FPS.

You can turn up the LED data rate in settings too! Bump it up until things get glitchy, then drop down a step.

What kinds of LEDs did you say you have? For genuine APA102, you’ll need to swap out all hsv calls with hsv24 in patterns.

I just went and changed the data rate in the settings. I completely forgot that was in there, and I had left it on one of the lowest settings by accident. You are my hero wizard! I’m now getting 1900FPS instead of like 250

Now I feel like I’m ready to actually make some wild patterns!