Hi,
I’m trying to figure out a setup for an art car for Burning Man. I have a few questions.

The power draw really depends on the patterns you’re running, and what brightness you have them on.
Most patterns will not consume anywhere close to 0.06amps per LED. If you already have the LEDs on hand, then you can set the patterns and brightness you expect to run at and measure the draw and assign yourself some margin… but given how cheap the DC converters are, it looks like the 20 amp ones will probably be adequate if you split up them up in two systems.

You’ll be more efficient if you do DC->DC rather than DC->AC (inverter)->DC. But if you already have a generator onboard then that efficiency loss may not be worth the cost of building a separate battery setup for the lights. (assuming the generator is always running when you’re operating)

Also keep in mind that the DMV will need to certify your car for night use and mutant vehicles must be lit at all times at night, so you may want to consider some sort of fallback system with basic running lights if the generator fails for whatever reasons. (So you may want a battery system after all)

Assuming you have the parts - I’d split the LEDs into two systems. Exterior and interior makes sense…

Also given how dusty it is out there, and how corrosive the dust is, I’d get the fully sealed converters (they’re on the same product link you posted). If you run two setups, then you don’t need a single big 30A one, but can get two smaller sealed ones.

Also get some marine grade connectors and take the time to join, secure, support all wiring. Last thing you want is for everything to go dark while in deep playa because a connector came loose.

In my experience, distributing power injection is better. Make sure everything has a common ground!

One larger supply is usually better and easier, if feasible. For long distances this means thick expensive copper. In some cases this tips the scale toward having power localized into zones with smaller supplies.

Also any benefit to splitting up the LEDs into two separate parts?

If you end up with multiple power supplies within a single system, you should usually split them into different power zones. Leave GND connected, but keep separate positives.

The reason for this is twofold.

First, if one supply fails the other will not have to try to power everything, which could lead to a cascade failure and/or massive levels of current going through the LED strips to reach the far end.

Second, many power supplies are not designed to cooperate when generating output, and could end up sinking current (worst case), or only contribute power at different voltage levels which can cause uneven load sharing. To some extent the resistance within the strips and wiring helps mitigate some of that, but it does add complexity without much if any benefit.

I might be running the strips off of a battery vs using an inverter.

Yes you can use DC->DC converters, though some of these are noisy/dirty when under load which can cause WiFi issues. I recommend a dedicated DC converter for Pixelblaze so it has it’s own clean power. It doesn’t need much, and I sell one built for Pixelblaze here. 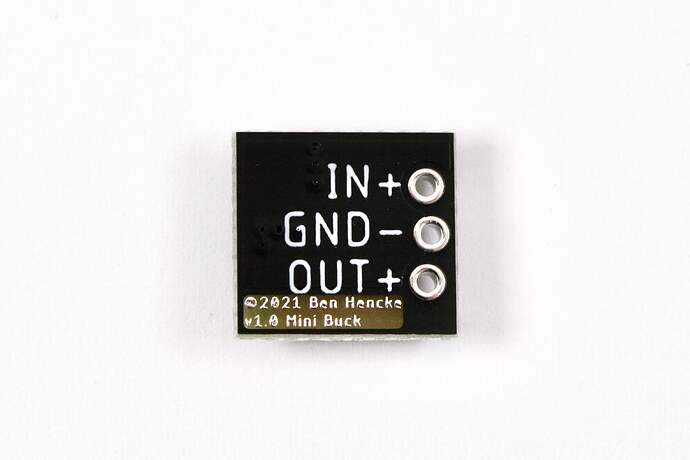 This isn’t a lot, and you could probably get that running just fine with your single 30A converter if you keep away from 100% white on RGB strips. Using RGBW modes on Pixelblaze you would be fine since they are more power efficient for whites. Worst case you might need to drop the brightness down a tiny bit.

The one place where I might disagree with the Wizard: if you have a short to ground with a smaller power supply, you may have a smaller disaster. If you are designing “safety third” perhaps just make sure your fusing is sufficient and plentiful and not under people.

Remember to bring extra parts for when it breaks on Tuesday. If you can’t fix it, seek out the Blinky Things Hospital at camp MVC