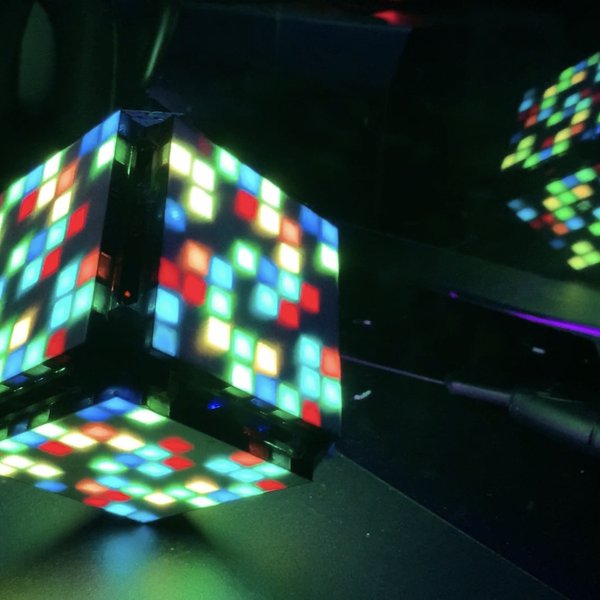 This was a project that I took some inspiration from various LED cube projects I've seen out there,. I went with the Pixelblaze as my controller of choice, it's been a staple in most every lighting project I build. It's animation quality and built in...

Awesome Pixelblaze powered cube! @BanhammersWrath has a great writeup about making a cube out of 8x8 LED panels in the link above. There are some great tips for diffusers and assembly!

Check out what a difference the diffusers make: 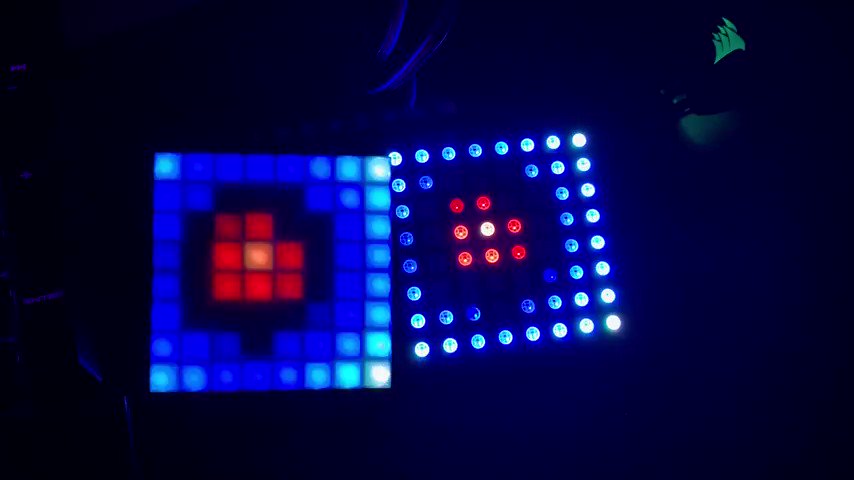 @regretsmyl,
Do you mean volumetrically, or walled? The above is for a walled 8x8x8, that is no pixels in the center and 384 pixels total. For volumetric cube with all 512 pixels, check out Pixelblaze Volumetric Cube

Yes I mean volumetric. PB web editor has mapping feature and the idea for 3d cube and pb starts when i saw a video on youtube… he just draw on a virtual 3d cube on pc with mouse and every led the cursor lit was lit on the physical cube the same time. Same with christmas trees lights . so im thinking if i can light up just one led of the strip with pb why not vertical rows of smd leds …if there are smd with chip in pieces i can solder in rows or ready pcb made for rgb leds… i have see a cube kit that used pcb rows to avoid the wire bending method. ready made pcb with holes for rgb leds on every row. cant find those ocb probably they design those just for the kit.

@wizard. This is drawing with light… amazing and i want ask . Is this like 3d mapping? pb editor mapping is something similar?i mean the idea of mapping is to create patterns easily? https://youtu.be/z8ntr5lYxGU

Yeah, you can map a lot. Also check out PixelTeleporter!

PixelTeleporter - virtual LEDs on your computer Show and Tell

Quick preview of the next PixelTeleporter update. I wanted to see if the Fibonacci layout boards were really as cool as people were saying, so I wrote this example sketch. The gif shows the standard 1D Block Reflections pattern. It’s a little over-the-top because it’s using the new experimental blur/persistence renderer, but the spiral layout is indeed super cool! Source code for the example below so you can check it out early if you like. Set the background to white, run the pattern with…

I like this idea of drawing colors on a virtual model and having them reflected on a real display, possibly even generating pattern code to do whatever you drew!

Bidirectional Pixel Teleportation will be coming in the near future.