Hello! I’m completely new to pixelBlazes, and I’m amazed by how powerful those controllers are!

Constantly rotate my weird ring along the z-axis without it dancing around the shape, similar to this gif: Sonic Ring 1991 GIF by augustoodashi on DeviantArt

Rotates for a bit, swaying all over the place, then freezes up. Even the counter stops changing.

I suspect I may be misunderstanding how rotateZ(angs) is supposed to be used. I’ve tried the below code with rotateZ(1) in beforeRender with same results. Is this like an owl turning its head around until its head pops off?

Load a 3D cube into the mapper with ~500 pixels, and run the pattern below. It should look like this: 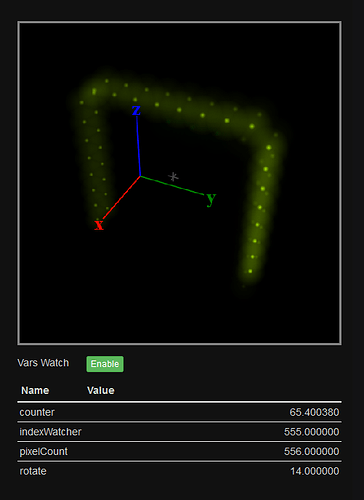 Coordinate transformations allow you to manipulate the pixel map coordinates by translating (moving), scaling, and rotating. Up to 31 transformations can be applied. These APIs affect the next render cycle, and can be called in beforeRender or in the main body of code.

You are missiing resetTransform(). This resets coordinate transforms to the default. Use this before setting up new transformations.

Without this, you are adding a new transform to the stack every animation frame and will hit the limit quickly.

rotateZ(angleRads )
Rotate 3D space around the Z axis by an angle (in radians).

Ooh, it was indeed the owl’s head getting twisted off! Most excellent, it works now! Thank you.

It still sways around instead of staying in the center. It’s as if the map isn’t centered at 0,0,0. I was expecting the middle point of the line of lit up pixels to stay right at the center where the cross hair is while rotating with the walled cube map. 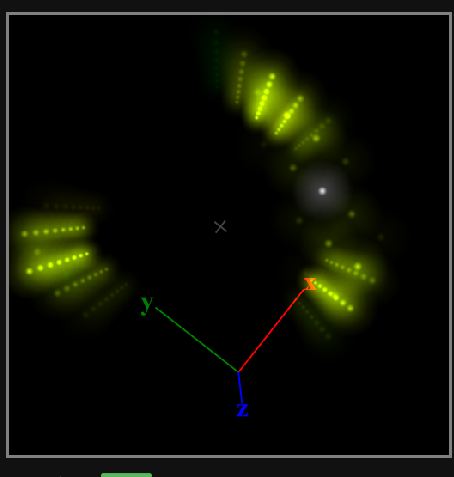 (Two posts since I’m still a newbie member, can’t post more than one image in a single post.) 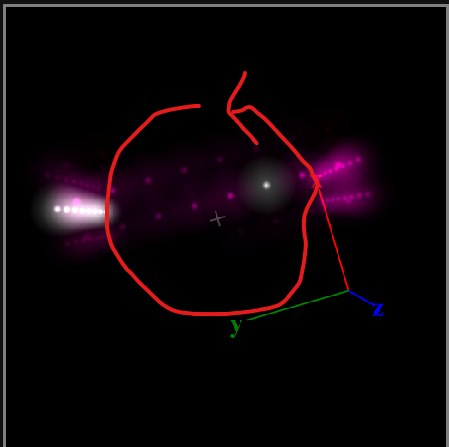 Ooh, right, you probably want to move to the center first before rotation!

Ah, I got back home just a bit ago! 30~ minutes before midnight!

This is what I’ve thrown together using this pattern so far. The sparkle ball is missing its bottom half, making a bigger one soon. I’ve named the prototype sparkle ball Turtle Catcher.

That cup with all of the dials in it? Turtle Catcher Jr! Throw a pixelblaze(+sensor board extension) into the cup with a power bank, firestorm it up and send data from that pixelblaze to other pixelblazes on the local network to control lights! THE CUP OF POWER!!!

I rigged up the rotation speed of the map to run off the beats per minute detection thingy from that crazy music sequencing framework, which seems to be working pretty nicely! Spins when I hit a drum, and spins faster as I drum away faster! 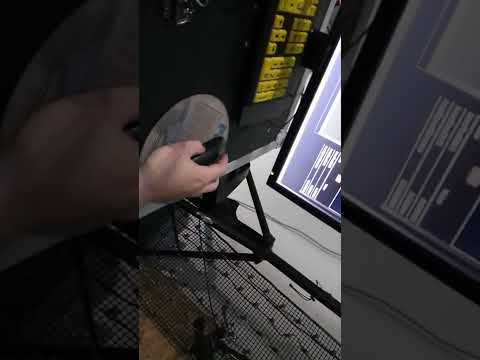 Thank you for the help!