Has anyone done a comparison of the Pixel Blaze and the Visual Vibes product? I notice they don’t compare PB to their product. They sure want a lot more money for theirs. I can’t see a reason why they want so much money for that product.

There are a lot of sound reactive methods.
On PB, even just the handful of included patterns in the v3 use a few of these. But the secret sauce is that you can code more.

@jeff 's brand new sequencer code is a good example. I suspect it can be made to do all that I see in the VisualVibe videos (and more)

But PB doesn’t have the only Sound Reactive code out there and there are plenty of good patterns in the WLED sound reactive fork, in LEDFx, and even in ColorChord. I like all of these and want to use all of them, and yes, it would be awesome to make them all play nicely together (or port everything to one SR to rule them all), but I suspect there will always be lots of ways to skin the cat.

As for their pricing, seems really expensive. No idea why.

My unofficial take on it is, yes, it is expensive, and it only has a few patterns, but it’s also consumer ready with a full kit you can just plug in and go. It certainly beats the cheap “sound reactive” controllers like the SP107e.

I did a comparison of PB vs a few other LED controllers for the Crowd Supply campaign. You can see my take on it (the ViVi column) there:

Since I’m digging out a year old link, I’d add the caveat that that comparison is a year old and doesn’t consider forks. 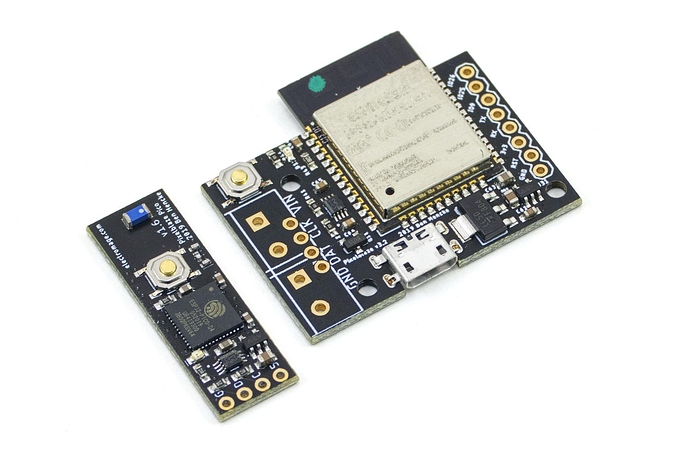 A Wi-Fi-enabled, live-codable LED controller with a web-based development environment

That is an interesting comparison. It would appear that the PB excels in most everything compared to VV

Yeah the pricing is what really gets me. I’ve read some of the feedback and it sounds like the app isn’t to good either. They are coming out with a new controller soon. They are getting ready to post it as a Kickstarter campaign. Apparently the original VV hasn’t created enough revenue to support the next version.
I had originally read about the PB on a Reddit sub. Glad I did since I’d been using the controllers made for the 6803 leds. While I probably will never figure out the coding for PB now that I’m a senior citizen it’s much better than the 6803 in terms of capability.
I do like the simplicity of one 12 volt power supply over having to step down to 5v and plan for current draws. But for my applications it’s really not that big of a deal.