I’m curious @wizard if you ever considered making something more like “add power+leds” and go like Quindor’s Dig-Uno ? Perhaps making a daughter card for the PB V3 that would allow putting a PB on a Dig-Uno/Dig-Quad. 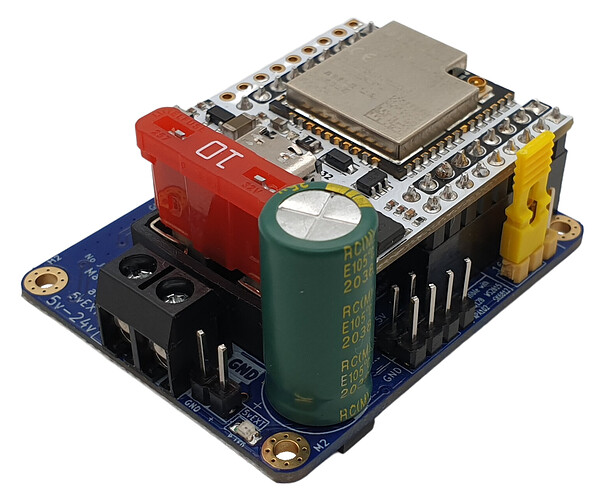 QuinLED-Dig-Uno Pre-Assembled boards available! 2021-07 Everything in stock, both WorldWide and DrZZs (US local)! Don’t know what a QuinLED-Dig-Uno is? Click here for the introduction video!  Are you looking to run the excellent WLED software... 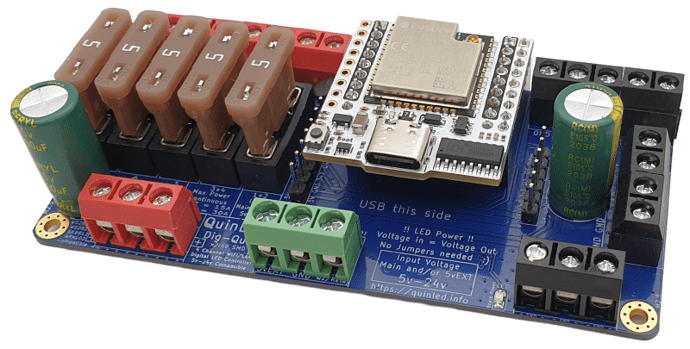 The idea of simplifying things is kind of nice. You just supply power to the board and it powers the esp32 and the leds… it does the 3.3 logic to 5v switching for the led data line, has fuses(safety) and makes for a more all in one (just add power and go).

Maybe like the serial to data 8x mixed with that concept.

This is close to what the Pro Expander does. 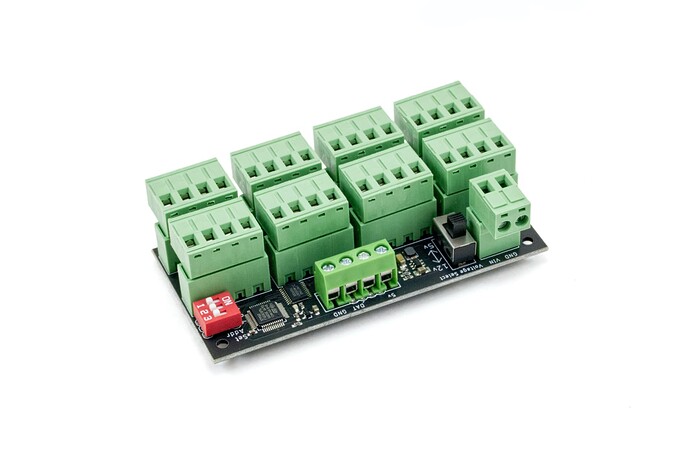 Unfortunately those are out of stock due to the chip shortage, but I have another version with a few adjustments in the works and will be up in the store soon. The new version adds fuses on board too. 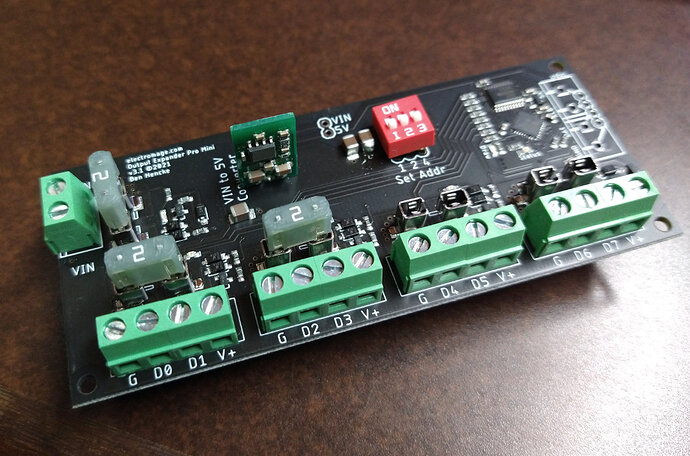 This will ship in 5V and 12V versions. And it has handy blown fuse indicators should a fuse need replacing.

VERY cool! Could you make it to be able to do 5 and 12v? Quindor used to have a switch to change his boards for 5 or 12v but now they do it “automagically”. It’s cool to have the added flexibility. Very cool to see you have a kind of similar idea/board.

He’s done it, it’s the Output Expander, in two forms: 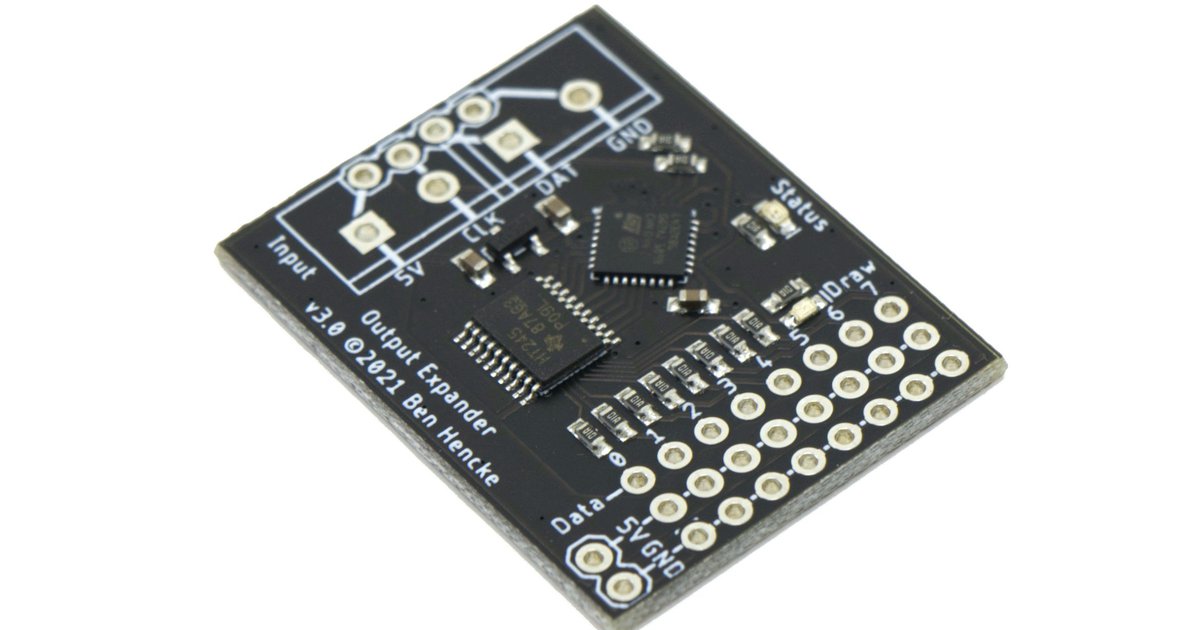 Drive 8 to 64 channels of addressable LEDs over a serial port from Pixelblaze or an Arduino with 600 / 800 pixels per channel. 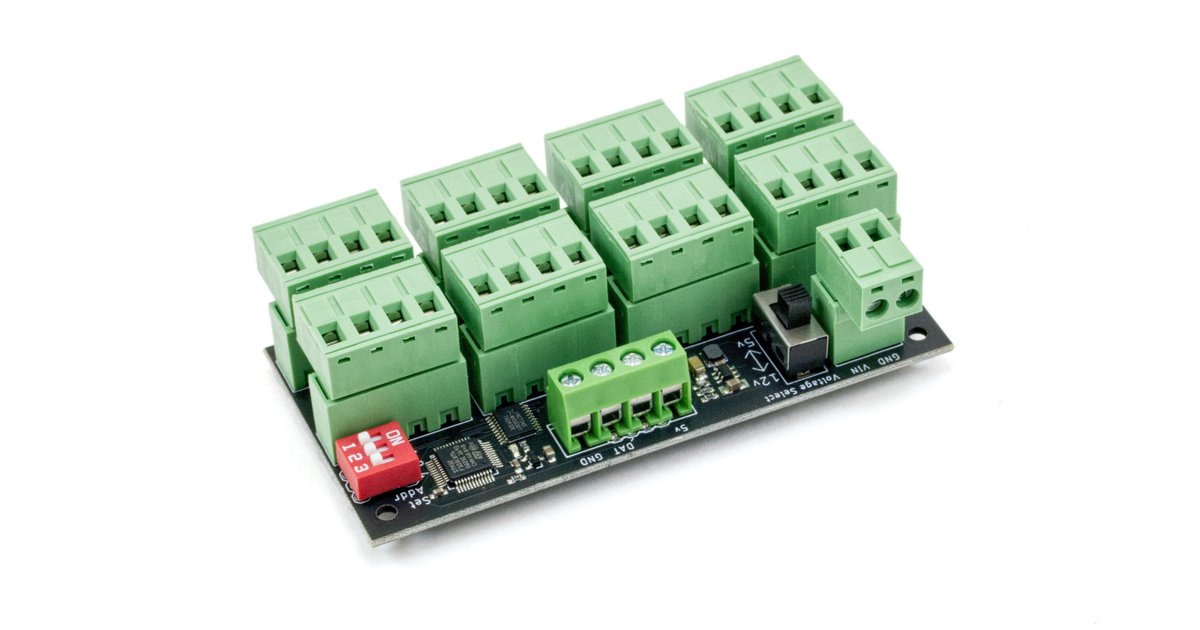 Drive 8 to 64 channels of addressable LEDs over a serial port from Pixelblaze or an Arduino/Pi with 600/800 pixels per channel. 5V or 12V!

Add a PB and you’ve got the equivalent of the DigQuad.

And it’s powerful in it’s own right, as @zranger1 has just released code to drive it via Processing: ExpanderVerse: Processing, Output Expanders, Many, many LEDs

I’m a fan of the DigUno and DigQuad boards, and own more than a half dozen. You could argue that they have more safety features, because Quindor is all about the Fuses, for example. (HAHAH, I hadn’t noticed when I started reading that @wizard replied, and said the new version has fuses… so…)