Hi all,
I’m trying to do the pixel mapping for my chain jewel LED bikini outfit. You may have seen this video posted on my instragram (https://www.instagram.com/tv/CHUAsSDA9uN/) or youtube (2020 Miss Jie Couture Collaboration - YouTube).
This original version had a single PixelBlaze V3 driving both the top and bottom so wiring was a mess and it was not mapped.

I’ve made a new version with proper routing in simple zig zag form, and I’m now driving the top and bottom with two separate PBV3’s. 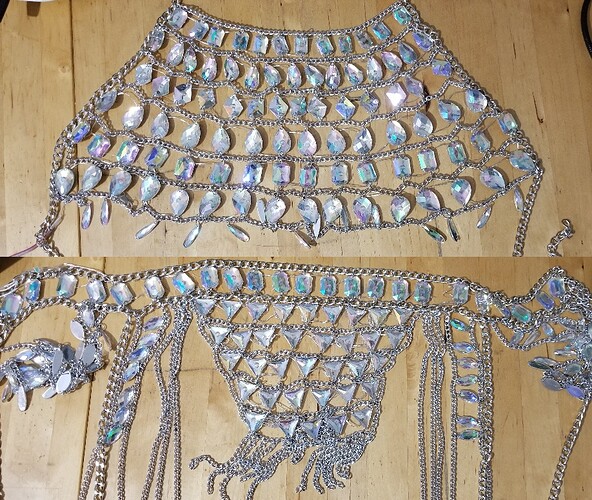 SO here’s my question, what’s the best way to combine these two maps and two separate PBs to show one single pattern, half on top and half on bottom?

(for simplicity, let’s say the top and bottoms each have 50 pixels so 100 total)

I again went to the online mapping tool, this time with a single picture of both top and bottom. I loaded my new single map of 100px into both PBs and set the pixel count to 100, and was thinking I might do something like if(index<50) on the top (works fine) and if(index > 50) on the bottoms but of course the bottoms are just dark because they only have 50 pixels so I tried if(index > 50) index -= 50 but index doesn’t seem to have any effect on x/y obviously so not sure how to tell it to get the coords from map[index+50] and use those xy instead if that even makes sense.

I of course could split the single 100px map coords into two maps, and have 1-50 on top and 50-100 on bottom still mapping the xy of 50+ to index 0-50 on bottom, but I run into the problem where if I’m lighting a simple single pixel from 0 to 100, the top and bottom will both start at 0 where I want the bottoms to wait until index is 50 then start at their 0.

I hope this makes sense and any help is appreciated, thanks in advance. 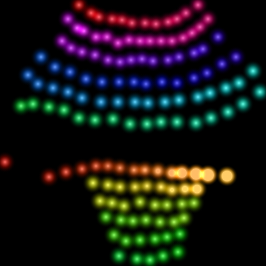 Example map from PB of both top and bottom

So I gave this some thought a while back, and basically you need to use “fake reference pixels” in each pattern to help set the context/size of the entire “world”

Your problem is 0 on each isn’t really zero because it normalizes each individually. You need to normalize it so each maps as if they were within the entire value range.

Add 2 pixels in the map (and The Settings) (doesn’t have to be real pixels, in fact, likely shouldn’t be… just declare your pixels string is 52 long instead of 50 (or whatever number is correct), just placeholders) to the top and bottom as follows:

in EACH item, map the fake pixels at the end with the extreme values of the total space. (One pixel as top left and the other as bottom right, if that’s clear. Imagine both items laid out and you are drawing a bounding box. 3D will also work the same way, but you’d need to use cubic values)

Mapping 2 pixels at the end that don’t exist means PB will know about them but of course nothing will answer those data points. I know this is counterintutive but PB won’t care, and this uses the “two more than I actually have” so it won’t light anything, but it will consider them part of each piece, and “hold the space open”

If this isn’t clear enough, let me know, and we can make an example.

And just like the other post that asked about 2D KITT, you’d need to be sure your patterns were all Render2D compliant and used XY and NOT index, since each will still have an index starting at zero. [You could work around this by hacking a pattern to add 50 to the bottoms index for example, but that’s so hacky and I suspect it would be awkward and buggy and require all sorts of one off versions, the mapping will just work if the pattern is 2d compliant. Or even 3D]

Yes, fake pixels can work to trick the mapper code from normalizing the pixels to world units.

In the not too distant future the mapper tab will support transforming the pixel map coordinates (scale, translation, rotation), but in the meantime it is possible to do in the pattern itself.

Assuming you do not use fake pixels, the coordinates can be transformed slightly in the pattern in render2D. For example, to move the lower half down, and perhaps scale it slightly. Most patterns will work just fine with X and Y coordinates that are larger than 1, so it might be as easy as adding 1 to Y to get close.

Okay so I think I have mapping figured out, but now it’s more a question of timing. Say I’m running something like KITT, when they start both indexes are 0. Now I want the top to start immediately, but I want the bottom to wait until 50 and then start at it’s 0. Now the top should stay dark while the bottom runs from 0 to 50 then back to 0. only then would the top start again at it’s 50 index.
Does that make sense?

I think your easiest route might be to rewrite KITT in render2D() form instead of trying to have an index offset or do the delay timing right. See this recent thread where someone else was just recently doing the same thing.

When I sync’d patterns across 6 PBs for Christmas, I used Wizzard’s method above - locally translating all 0…1 maps into one big x,y,z space. Here’s what I got out of it, which I think is similar to what you want to do.

Okay got it mapped and synced properly now, thanks everyone for the help!
I did have to add the fake pixels at the end of each map, but only adding 2 didn’t work timing-wise. For proper timing sync they both need the same number of total pixels.
Basically the same image and same map coords but reordered.
So the map for the top is A, and the map for the bottom is B.
Now the top PB map has the A map then the B map, but the bottoms start at B then go to A.

It’s comically simple the solution was now that I have it working, but my brain was not understanding before. The main thing that helped me was the other thread Jeff posted for Kitt where he mentioned stop thinking in index and only think in X/Y. I’m hoping to have videos posted soon! Thanks again

Now that you say it, it makes total sense that you’d need the same number of pixels in each, to ensure the timing loops lined up the same.

Looking forward to video of it working!

@Sunandmooncouture ,
Are you by chance running one in AP mode, and one in client mode (no Firestorm)? Give v3.16 a try, there was a bug preventing animation sync from a PB in AP mode. It should sync patterns that use time() for animation (but not delta based patterns like KITT). 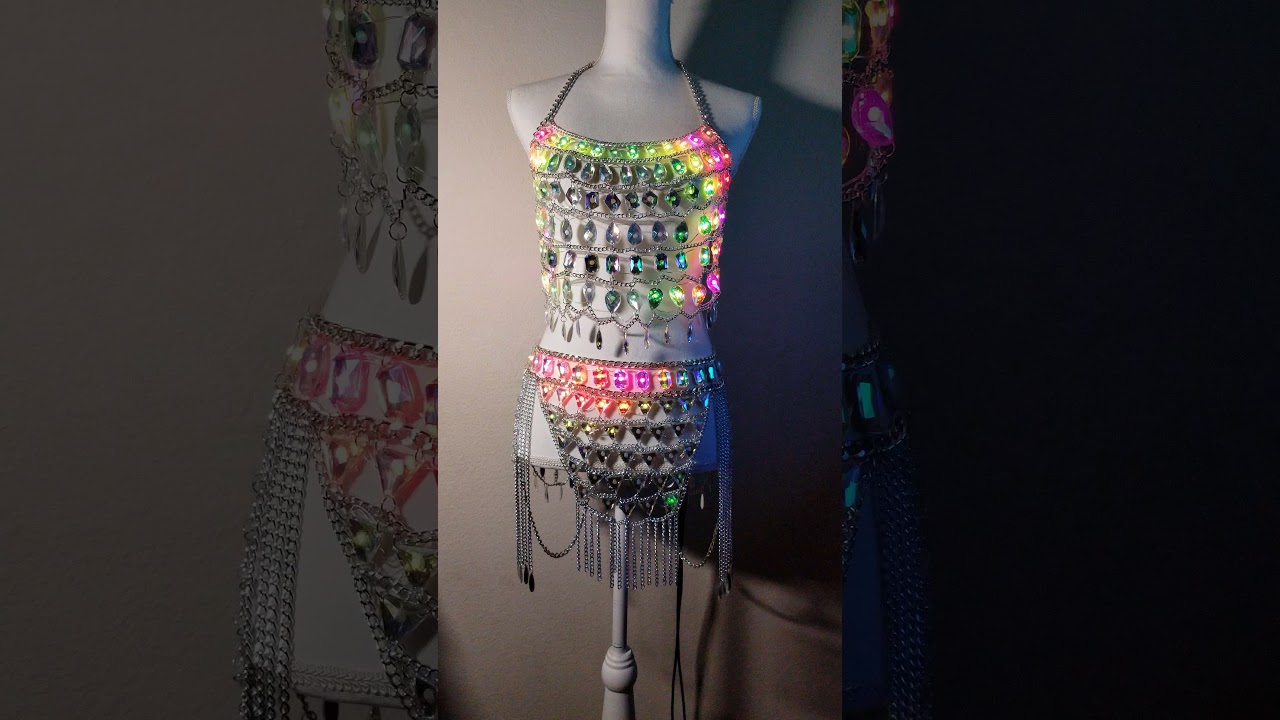 @wizard I haven’t tried AP Mode without firestorm but def want that option so just updated to 3.16 and will report back soonish (life permitting)

Nice!!! Amazing! I still can’t get over thinking about how much work goes into wiring something like this up.

Yeah while showing how it’s made I said something like I trust you wont steal my design and their response was no one in their right mind would put that much work into one piece. Boom built in patent protection

Hey @sunandmooncoture, I just watched your you tube post and your piece is SPECTACULAR. Really beautiful and interesting patterns, not to mention fine craftsmanship. I’m still marveling at how hidden the lights and wiring are. You must have some rad soldering skills…and patience. Bravo.

This is definitely what this sort of technology is meant to be used for. 10/10

Actually the only solder points are to the PB itself, everything else is plug and play.