(Skip down to “Wiring” section for technical info.)

RGB LEDs have become trendy in certain (“gamer”) segments of the PC market. Some of these colorful accessories could be controlled by a Pixelblaze instead of a PC. This topic seeks to collect information that bridge between the world of colorful PC accessories and the world of Pixelblaze LED creations.

Computer manufacturers have found that certain customers are willing to pay extra for RGB bling, producing a ton of stuff enticing such people to hand over their money. Many of these products are “just” WS2812 (or compatible) LEDs in various formats sold at a hefty profit margin.

There are a few de-facto standards in this space, but companies are motivated to try proprietary lock-in in the interest of profits. Circumventing that will require reverse engineering of individual products.

Part names like WS2812 or APA102 are terrible for marketing purposes. Here are some computer equipment companies and their branding for RGB LED accessories. Though not all of these products will be Pixelblaze-compatible, it’s a starting point for finding addressable LED products. 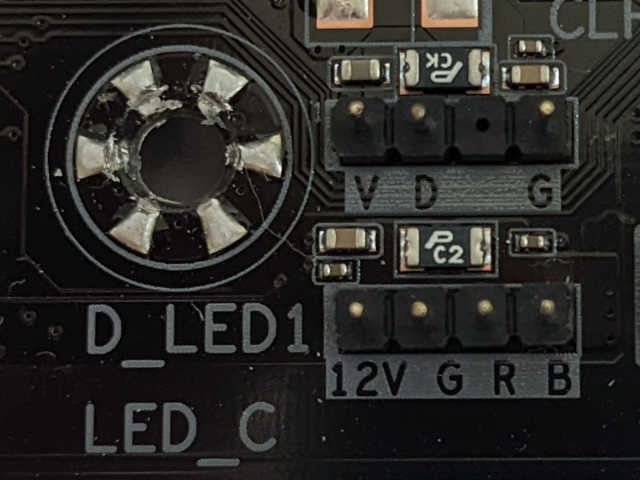 Sometimes items are plugged into a mystery box which is plugged into a JRAINBOW header. The box might repeat control signal to multiple devices. (See this forum post) Or the box may convert to custom/proprietary connectors. It’s possible WS2812 data is forwarded unchanged to one of the wires. Connecting them to a Pixelblaze bypassing the box requires finding that wire. For an example, see my next post in this forum topic.

Some accessories do not plug into a JRAINBOW connector. Examples include lights on the motherboard, video card, or memory modules. These RGB LEDs are controlled via proprietary apps sending custom messages over motherboard SMBus. These LEDs are beyond easy reach of a Pixelblaze. But if you’re interested, take a look at OpenRGB or other similar projects working to reverse-engineer those SMBus messages.

JRAINBOW style fans may be controlled by a Pixelblaze in place of a PC. Such a project’s difficulty level depends on how the manufacturer decided to implement its wiring.

A Pixelblaze can connect to the input port of that mystery box, which will suffice for some projects. But if not, we have to dig deeper.

The rest of this post is my experience “digging deeper”, which is an intermediate level electronics project requiring access to tools like an oscilloscope or logic analyzer. I describe how I worked with a specific product, with some generalizations that I hope is helpful for others who wants to do the same thing to a different product.

The subject of my digging is the Asiahorse Magic-i 120 V2 which is a trio of fans that plug into a mystery box hub. The hub has a connector for PC power supply and a JRAINBOW connector for the motherboard. This bundle also included a remote control, which I wanted for this project because independent operation meant there’s no risk of damaging a computer if I should make any mistakes.

The proprietary fan connector has six wires. Doing the easiest thing first, I probed for electrical continuity on the hub between its output fan pins and its input power connector. A PC accessory will use one of the following types of power plug:

In the case of my hub, there was electrical continuity for three of the six pins corresponding to +12V, +5V, and Ground. Three down, three to go. What are the remaining three wires? Here are some candidates:

To narrow down my candidates, I connected those three unknown lines (plus a fourth wire for ground) to my logic analyzer acting as analog waveform capture tool. Connected to the bundled hub, I powered it up and used the remote control to command a solid color. This activity generated the following trace: 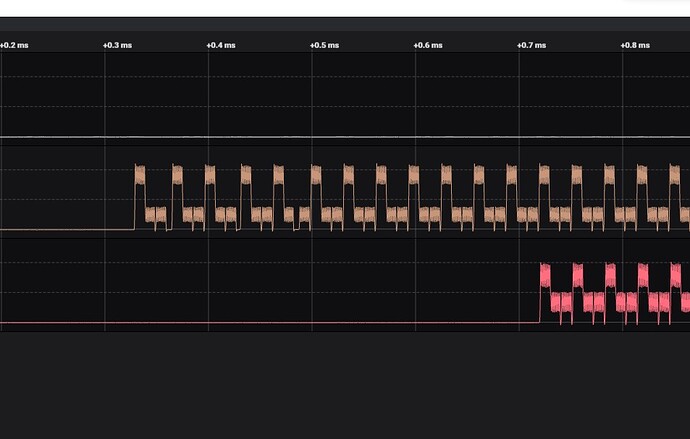 The top line in white stayed low, so it might be either low-side fan control or fan tachometer in the absence of a pull-up resistor. To figure out which, I connected just the +12V and Ground pins. The fan did not move. I connected this wire to ground, and the fan started spinning. Conclusion: it is the low side of fan motor.

The middle brown line showed signs of a digital control signal repeating at regular intervals. The bottom red line showed a very similar pattern but delayed by 12 cycles. I counted 12 LEDs in each fan, so the middle brown line is LED Data In and the bottom red line is LED Data Out. To verify, I connected +5V, Ground, and Data In pins to a Pixelblaze. This gave me control of the ring of 12 LEDs in the hub of these fans.

Having the LED data out line was a pleasant surprise, it meant I didn’t need a Pixelblaze output expander to control this trio of fans. Curiously, the bundled hub didn’t bother using that feature. Every Data In line is wired in parallel.

In order to control these fans separately, I would have to create my own circuit board and chain their data in/out lines together for a Pixelblaze to control. 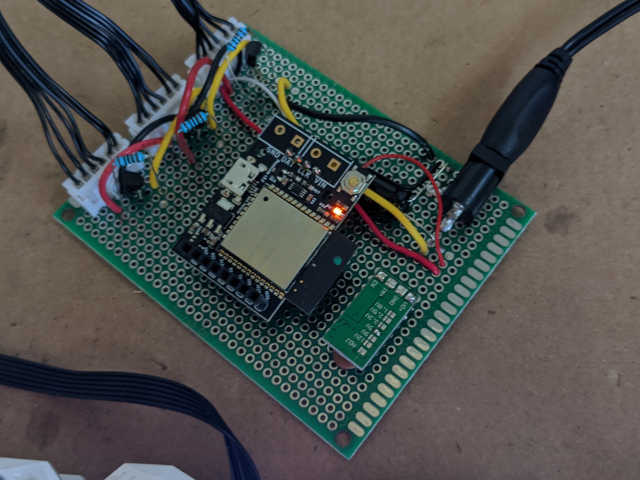 Once that was done, I could control them with the full power of Pixelblaze, including my favorite feature: 3D pixel coordinate mapping. I lashed the three fans at right angles to each other using twist-ties, and mapped them to XY plane, YZ plane, and XZ plane. Here is the contraption running my coordinate test program which sweeps through X axis in red, then Y-axis in green, finally Z-axis in blue. (I have the Z-axis backwards in this video, but that’s a problem with my map and doesn’t affect the electronics focus of this post.)

Here is my pinout diagram for these fans. I have no idea how common this layout is. Perhaps all 6-pin LED fan connectors are laid out this way, perhaps they are all different. I don’t have the money or patience to buy them all and test them. But I hope the information above will help somebody else figure out their own LED fans to use with a Pixelblaze. 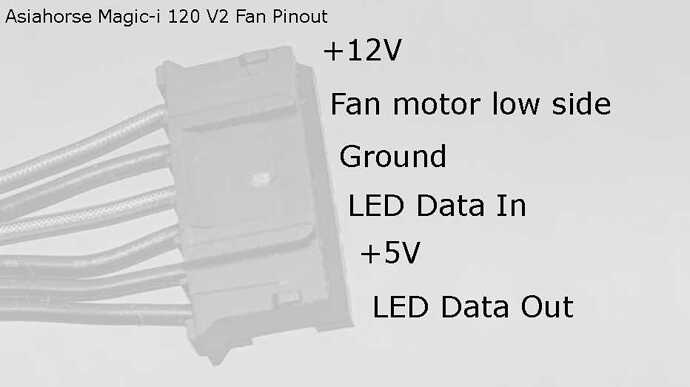 Since I started this topic I’ve learned that Corsair has their “iCUE” branding for controllable RGB LED accessories. I wanted to add this information to the branding names list in my first post, but it appears I could no longer edit that post.

I also learned that, as part of Corsair’s lineup of iCUE accessories, they sell memory modules with just LEDs and no memory. (SKU# CMWLEKIT2) I guess so people do not have to live with the unsightly appearance of dark empty memory slots on their motherboard.

I am not sure if these little circuit boards are Pixelblaze friendly.